Required cookies are essential to let you move around the website and use its features, such as accessing secure areas, shopping baskets and online billing. These cookies allow our website to provide services at your request.

Functionality cookies are used to remember the choices you make, e.g. your user name, log in details and language preferences. They also remember any customisations you make to the website to give you enhanced, more personal features.

Targeting cookies collect information about your browsing habits to deliver adverts which are more relevant to you and your interests. They also measure the effectiveness of advertising campaigns.

This site uses cookies and related technologies for site operation, analytics and third party advertising purposes as described in our Privacy and Data Processing Policy. You may choose to consent to our use of these technologies, or further manage your preferences. To opt-out of sharing with third parties information related to these technologies, select "Manage Settings" or submit a Do Not Sell My Personal Information request.

Alfa Romeo has thrown down the gauntlet by recording the first ever SUV production car lap records around three of the UK’s most iconic race tracks.

Professional racing driver David Brise secured a blistering 55.9s for the Brands Hatch Indy circuit, 1m21.1s at Donington Park and 2m31.6s at Silverstone. The unmodified, range-topping SUV was able to achieve these lightning quick times due to lightweight, state-of-the-art materials, such as its carbon fibre driveshaft, 50/50 weight distribution and an all-aluminium, direct-injection 2.9-litre 24-valve twin turbo intercooled V6 engine, which was able to deliver 510hp and 600Nm of torque to the asphalt of the three famous British circuits. 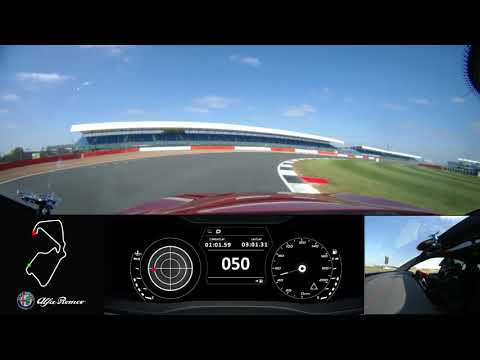 Company Info
Back To Top

FG Barnes & Sons Ltd act as a non-independent credit intermediary for the following panel of lenders:

We are authorised and regulated by the Financial Conduct Authority for credit brokerage. FRN 310583.  We are a credit broker not a lender.